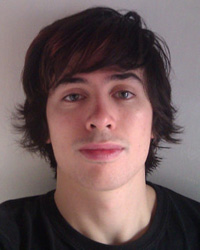 Dan‘s research interests include software verification using symbolic execution and static analysis. He received an MSc in Computing from Imperial College during which he contributed to the KLEE project. Prior to this he studied Physics at the University of Bristol which included an industrial placement with Sharp laboratories of Europe. Daniel’s PhD studies are generously funded by the EPSRC industrial case studentship with ARM.

Daniel is also a member of the Software Reliability Group.